Solar electricity is not only cheaper … It is becoming cheapest!

We’ll be at the Sharjah Go Green camp! 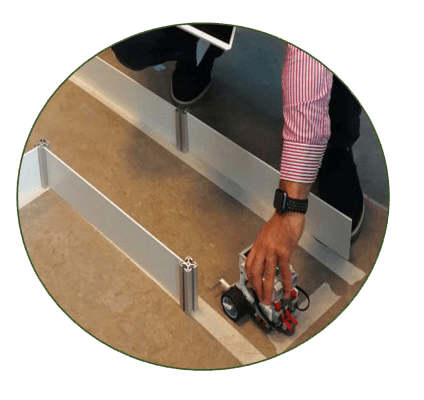 Houses and water in The Sustainable City

Many probably think that these two words cannot be associated. Dubai is built in the desert, it is made of high glass towers where the greenhouse effect is experienced every single moment, and cars are kings and queens of its streets! Well… all this is true, but many other facts tend to mitigate these statements, from recycling tests to the car-free day, Dubai is trying to make its existence sustainable beyond the cheap energy era that we are living in. One of these initiatives is taken by Diamond Developers, and it is simply called the Sustainable City.

We, at eedama, went for a visit to see with our own eyes what a sustainable city could look like in the desert. At first, it looks normal: A residential complex being built in Dubailand, east of Dubai downtown. As we have been wandering around Masdar City lately (for those of you who don’t know it: we’ll write about it soon!) we had an element of comparison in mind… But we had to acknowledge: the two projects are completely different. While Masdar City is a real-size sustainability and energy-saving experiment where all inhabitants have a link with sustainability (and where the AC temperature is set at 23C minimum) the Sustainable City is a commercial project with actual villas bought by actual customers. But a sustainable way of life is not any way of life… And that makes it interesting: is it possible to actually sell a house that comes with a way of life?

So let us first describe what makes The Sustainable City … sustainable: the general philosophy is to gather a social, technical and economical ecosystem:

After the description… Some thoughts!
We liked the idea of having a commercially sustainable city. That makes it accessible to people who do not necessarily have a link to the topic. Sustainability is not only recycling and solar energy, sustainability is accepting that the infinite accumulation of goods and the permanent growth of our consumption are not possible on a finite planet. This will require a paradigm shift, where happiness is not measured by quantitative means (money, cars) but by qualitative means (health, social links). The sustainable city takes this into account: The effort to include a friendly atmosphere in the city, triggering human encounters, is real and visible.

On another note, there is a real effort to perform as many activities as possible onsite, thereby reducing transport costs and pollution. We were impressed by the “sort of greenhouse” that actually cools down the inside instead of heating up… using energetically efficient techniques: an adaptation of the barjeel.

The Sustainable City’s greenhouse where herbs and vegetables are grown.

Inside the greenhouse, the cooling mechanism can be see: air enters thanks to fans, and is then cooled down thanks to humid metallic sponges. The air, while evaporating, evacuates the head. Exactly like sweat for the human body, and like water is used in the streets of traditional Arab cities to cool them down.

On the down-side: We are still wondering if providing an electric mini-car with every house (which purpose is to go from the usual-car-park to the house is really serving the purpose … It’s as if The Sustainable City developers were willing to propose a paradigm shift in the way of life (hey people: walk and meet your neighbors instead of driving and meeting your screen (GPS, GSM…)) but at the same time they are afraid that it might frighten some potential customers used to the lazy comfort of the UAE lifestyle.

To finish on a super-nice aspect: We liked the solar photovoltaic and thermal panels everywhere and used in multiple ways. Every house has its own solar water heating, as well as solar photovoltaic panels to produce electricity. Photovoltaic panels are also used as the shade parking, as well as on roofs, a bit like moshrabiya. The total production should reach 10Mwp (megawatt peak) [Footnote:that means it will be able to supply electricity to 10 000 microwave ovens or AC units when the sun is shining “normally”]. The city is connected to the national distribution grid, as DEWA recently allowed, in a very positive step, very innovative for an oil-producing country. The Sustainable City is not aiming at being isolationist, and we support that in eedama: the future is to smart grids, not for isolated independent cities.

One more time: way to go!

PS: Smart grids are made of several different electricity sources that will allow a permanent feeding of the grid, and demand-monitoring in order to match it with the supply.