A Week About Sustainable Dubai – Day 3 – Energy And Design

A Week About Sustainable Dubai – Day 4 – Biodiversity And Water

The week was approaching its end with already lots of information gathered and stories created but there was still a lot more to get through when talking about sustainability. 2 of the most pressing topics were to be addressed on this fourth day: biodiversity and water.

We met up at the school in the early morning and took the bus together for a ride to Al Hefayah Mountain Conservation Centre. Upon arrival at the center, we were greeted by the center staff and the Arabian Tahr!

A guide from the centre then took over and we began our tour. The tour included an explanation to every wild animal we saw and their conservation status, a presentation about the centre and a nocturnal animals section. The students did not expect to see all these animals and many did not realize they had a habitat in the UAE. It was also very upsetting to find that the majority of the animals at the centre were endangered.

After the tour was over, the students had a little break and a chance to purchase some items from the gift shop to support the centre.

At The Mountain Conservation Center

Before we visited the Reed Beds themselves we had a session about water, understood its scarcity globally and in the UAE. We discussed desalination and its associated high cost and also the environmental impact of constantly extracting and dumping waste water into the oceans. Water treatment was a logical solution and an environmentally friendly treatment plant was even better! The students couldn’t believe that such a solution existed that they tried to find drawbacks to it to explain why it is not more popular than it already is. The main drawback they found, was that it required lots of space which may deter some companies from allocating part of their acquired land for water treatment facilities.

Testing Water From The Reed Beds

After the session, we got to visit the Reed Beds and even collect some treated for testing and finding out what it could be used for! Below is a picture of another group at the Reed Beds.

The students were pleased to find that the facility did not have a foul smell and the water that came out was completely clear and also odorless which meant that it could easily be integrated around housing or within the city as it looked very aesthetically pleasing as well. In addition to that, it provided a habitat for many species and revived the ecosystem surrounding it. The water tests done gave the results expected by the teachers and students which meant the treated water was suitable for irrigation and industry but not drinking. This is specific to this facility, however, as more stages could be added to purify the water further. 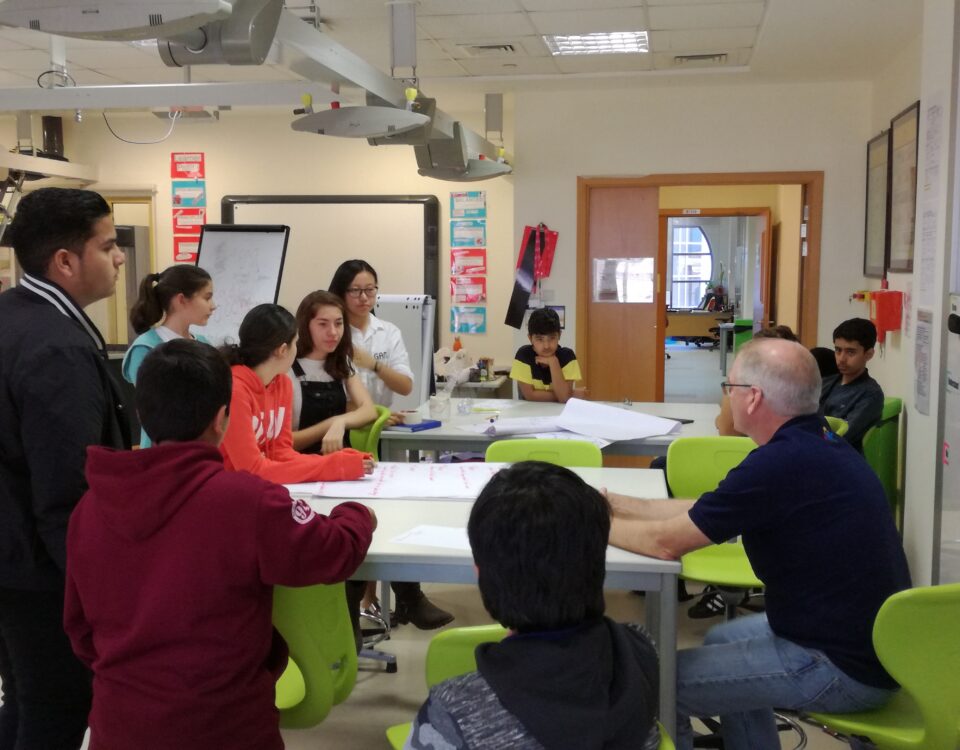